My friends know that I’m not only a fan of the Swift programming language, I’m also a huge fan of Taylor Swift. Seriously, check out my Spotify Wrapped from 2021: 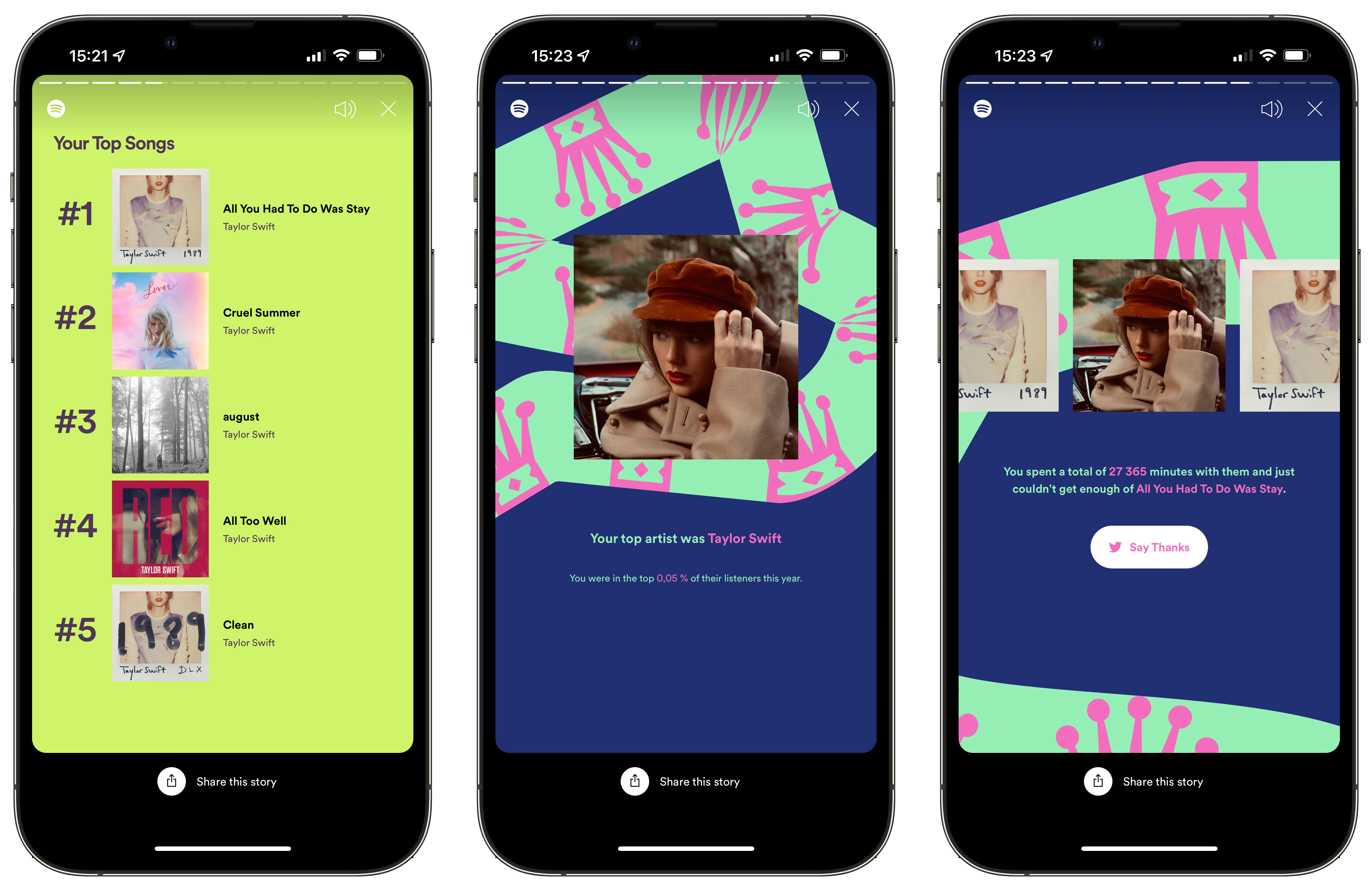 Since last year, Taylor Swift has been releasing re-recorded versions of her first six albums. If you’re not familiar with the story behind this, check out Taylor Swift Masters Controversy on Wikipedia. As of February 2022, she’s released re-recordings of Fearless and Red.

Recently I noticed that a lot of the old versions of her songs were hanging around my playlists, and I wanted to change them to use the new re-recorded versions. Instead of spending ten minutes doing this like a normal person, I decided to spend over a month of evenings and weekends building an app to do it.

Say hello to Taylor’s Version, the #1/only app for replacing Taylor Swift songs in your Spotify playlists with re-recorded versions. 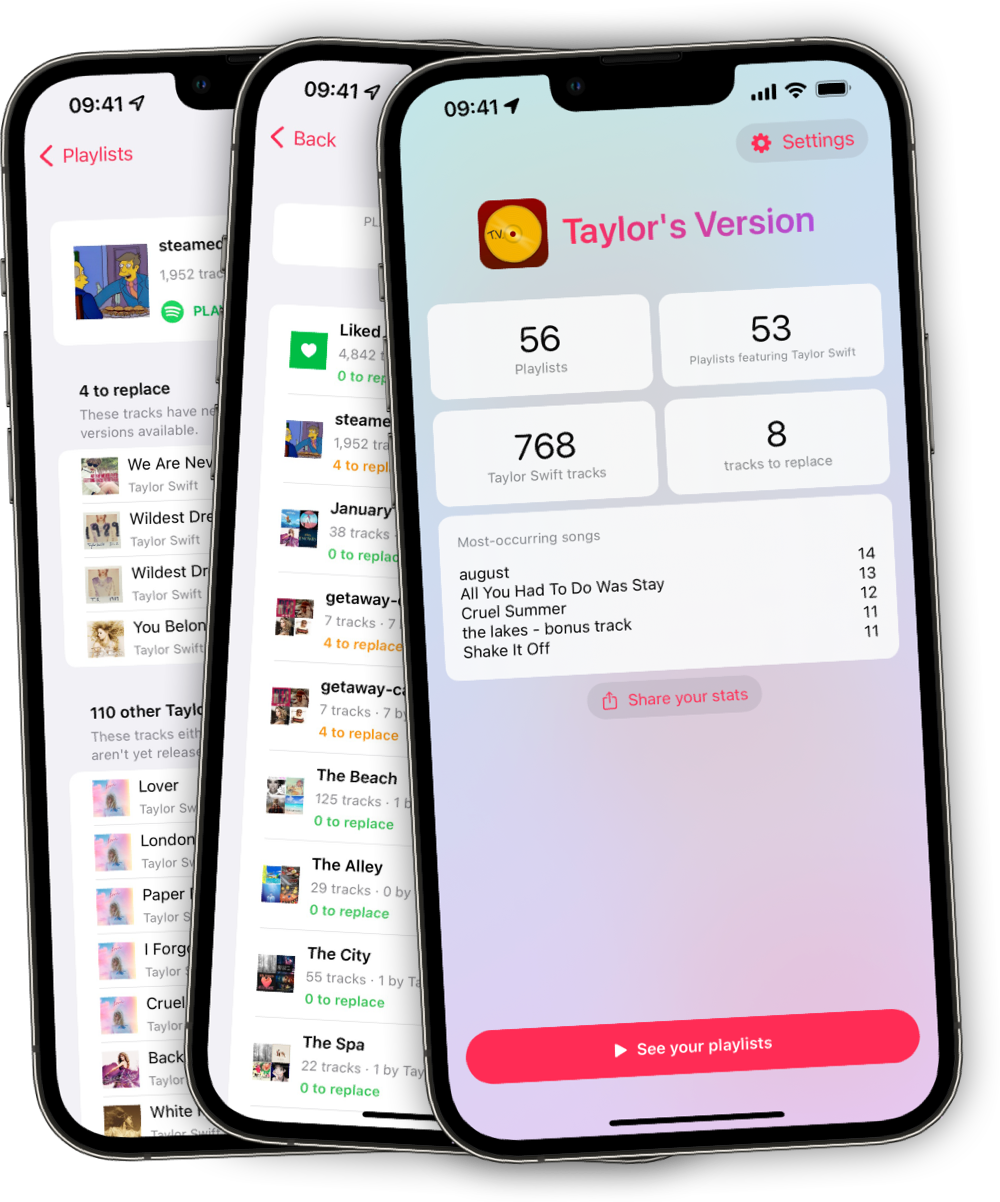 With a single-purpose app like this, it can be tempting to roll something out quickly that does the trick but isn’t particularly fancy about it. I wanted Taylor’s Version to be the exact opposite of this – an app with a best-in-class UX, made with love and care, for a really absurd purpose. Something that I could be proud of if Taylor herself ever saw it (I would literally die if she saw it though, could you imagine?)

As well as the core functionality of scanning your Spotify playlists and helping you replace songs, I’ve added a few other cool features:

I’m really happy with how Taylor’s Version has turned out. It’s been a really fun project and I hope you find it useful. If you like it, please share it with your friends and consider leaving a review on the App Store.