SwiftUI 2 comes with a Map component, for displaying views from Apple Maps in your apps.

I wanted to use it to add maps to the workout details page of my app Personal Best. Getting a basic map display up and running was really easy. The Map component has a simple API that’s easy to use: 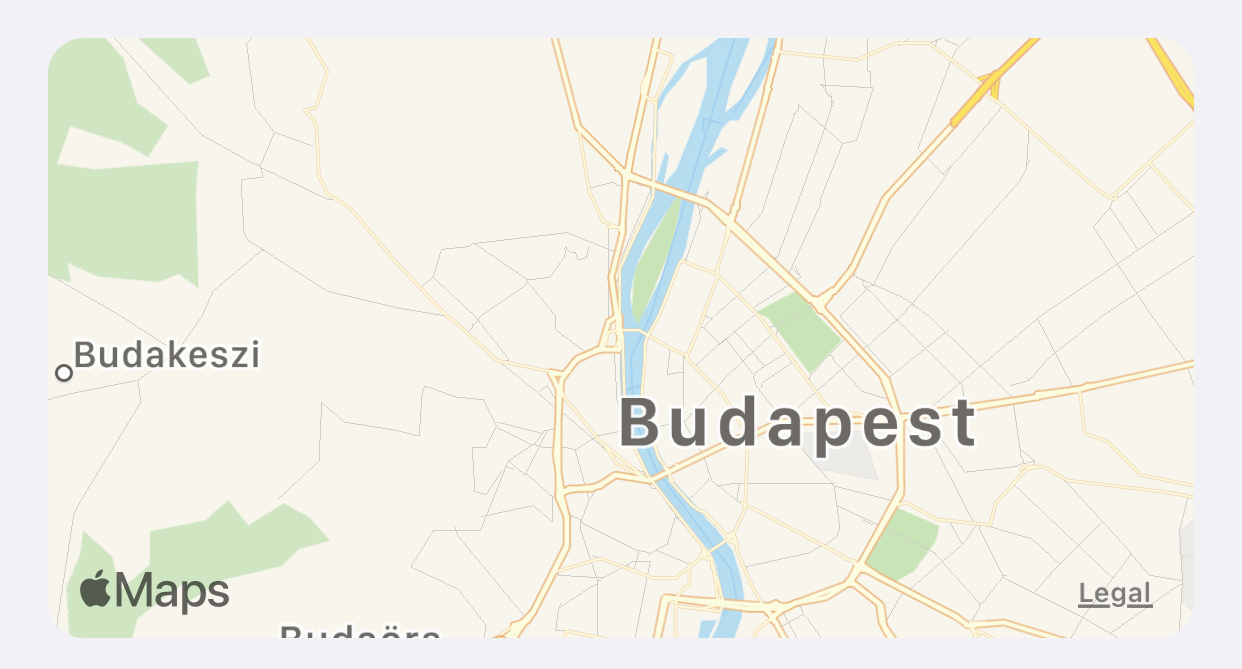 The tricky part came next. I wanted to add a line to the map to display the workout route. This is how iOS’s Fitness (formerly known as Activity) app displays routes: 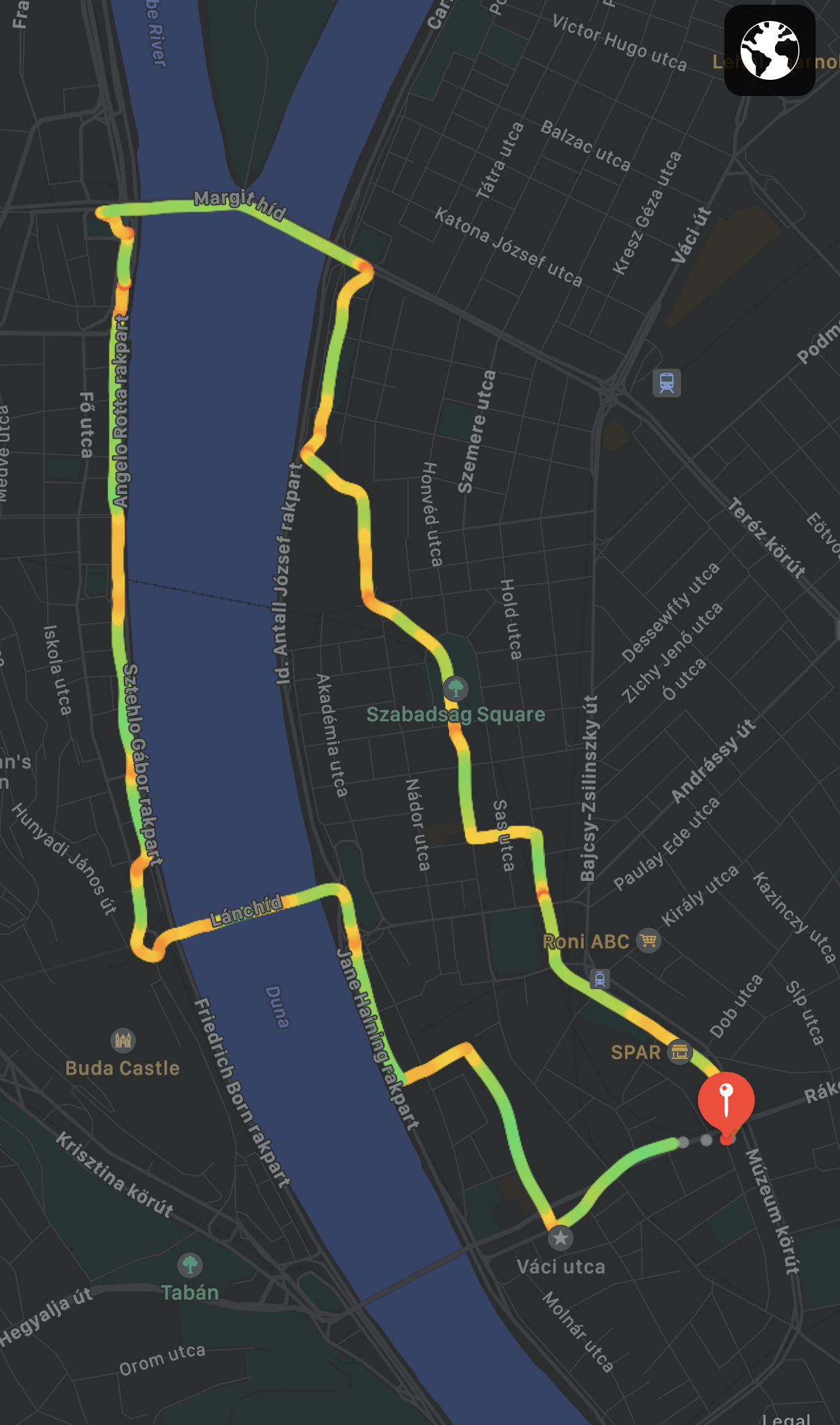 From what I understand, this isn’t yet possible with SwiftUI’s Map component. Maps can be annotated, but only in three ways:

The only customisation supported by MapPin and MapMarker is the tint colour, but MapAnnotation is a generic view that can contain anything.

I think idea is that you’ll use these annotations to denote points of interest on a map — for example, dropping pins to display search results. In my case, I wanted to draw a continuous line, which doesn’t really fit into any of the available annotation types.

One way to do this within the constaints of the API might be to draw a single MapAnnotation which is a complex polygon to represent the route. This might be possible, but it sounded very complex and a bit hacky, as I’d need to translate GPS coordinates into points accurately.

I figured an easier solution would be just to drop a MapAnnotation for each GPS coordinate in the workout. If the GPS pings are close together enough, the annotations will overlap to produce a continuous line. Here’s how that looked: 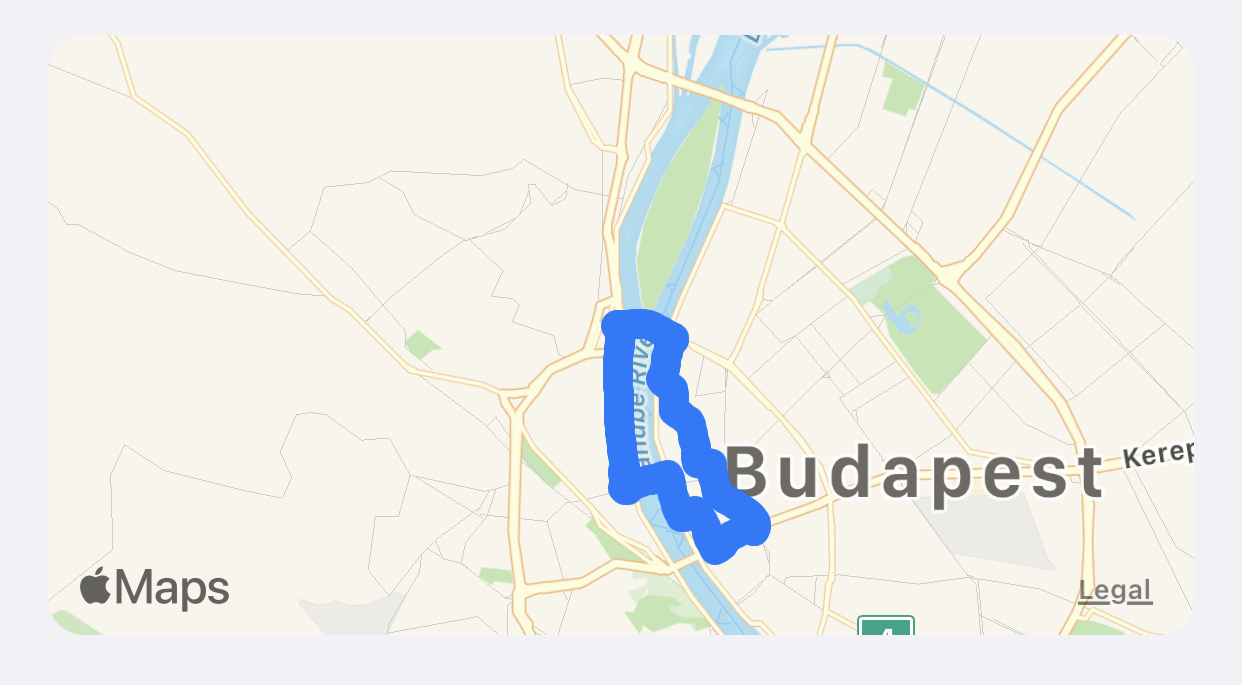 Great, it worked! I had a route map appearing as a single, continuous line.

Unfortunately, I’d created another problem. The screen was suddenly really sluggish, and the map took around five seconds to load. Checking Xcode’s debugger made the problem clear — all those annotations take a lot of memory:

My next idea was to reduce the number of annotations. Workouts have a lot of GPS pings. What if I just dropped a certain percentage of the GPS pings? Could I balance the fidelity of the workout route with memory usage?

To test this, I wrote an extension to Array that took a percentage of elements to keep, and returned a new array with some of the elements removed:

Next, I tested it by loading workouts while keeping different percentages of the annotations, and recorded the results:

5% seemed like the sweet spot. I don’t mind some loss of detail, because the route map annotations don’t need to be perfect, they just need to show a reasonable enough amount of detail for people to see their route.

I also tested the memory usage for a longer workout, to see how much memory is consumed when there are much more GPS pings:

170MB felt reasonable for such a long bike ride. The UI loaded quickly and there was no noticeable slow down, so I decided to proceed with only keeping 5% of GPS pings. Here’s how it looks for the workout from earlier: 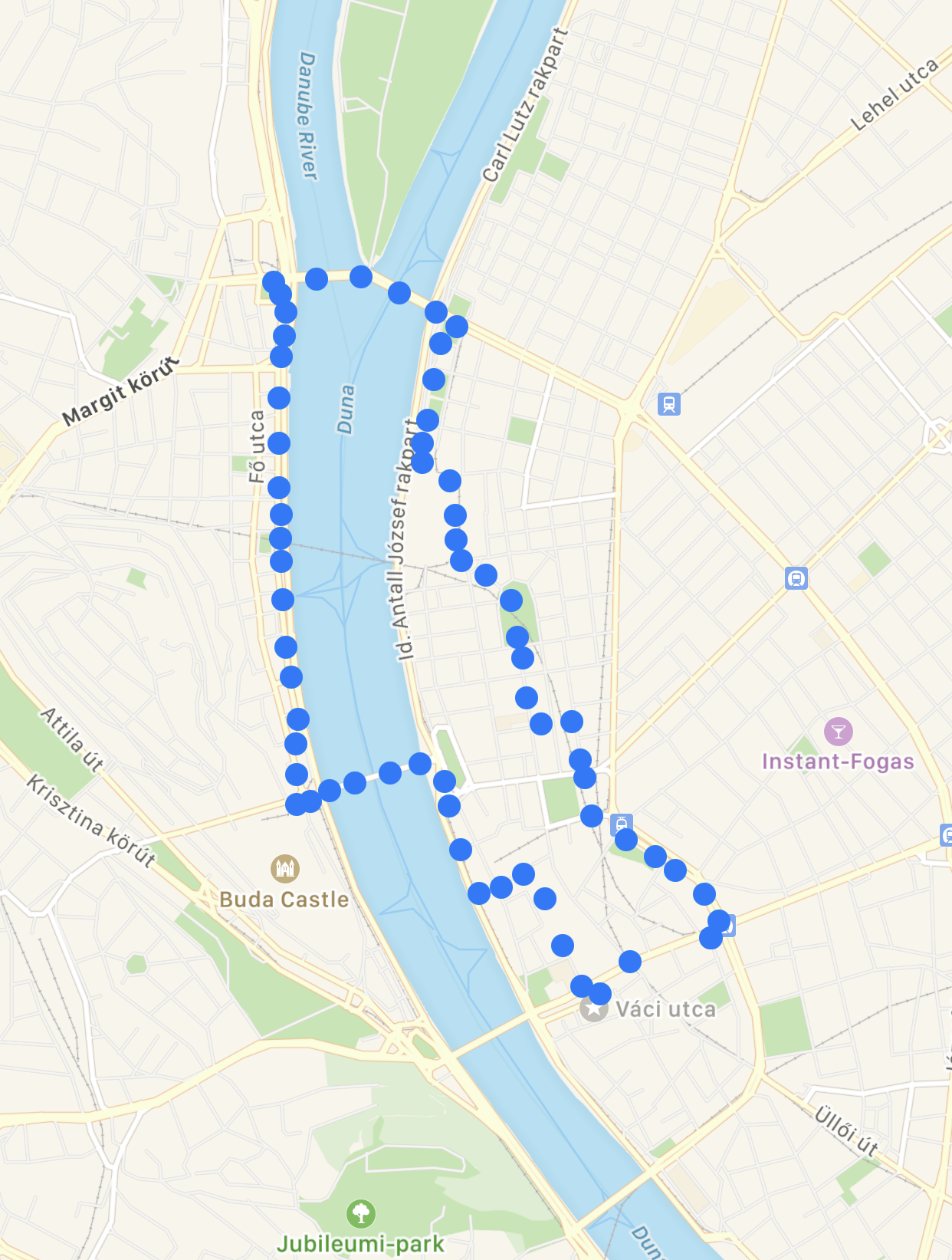 I’m tempted to make the algorithm a bit smarter. One thing I could do is adjust the percentage of GPS pings retained depending on the total. So, shorter workouts will have more detail than longer workouts. For now I’ve decided against this, because it feels like premature optimisation, plus I’m hopeful that SwiftUI’s Map component will gain the ability to draw lines in the future, making my workaround obsolete.